Awkward Santa Photos: Why I’ve come to Embrace Them 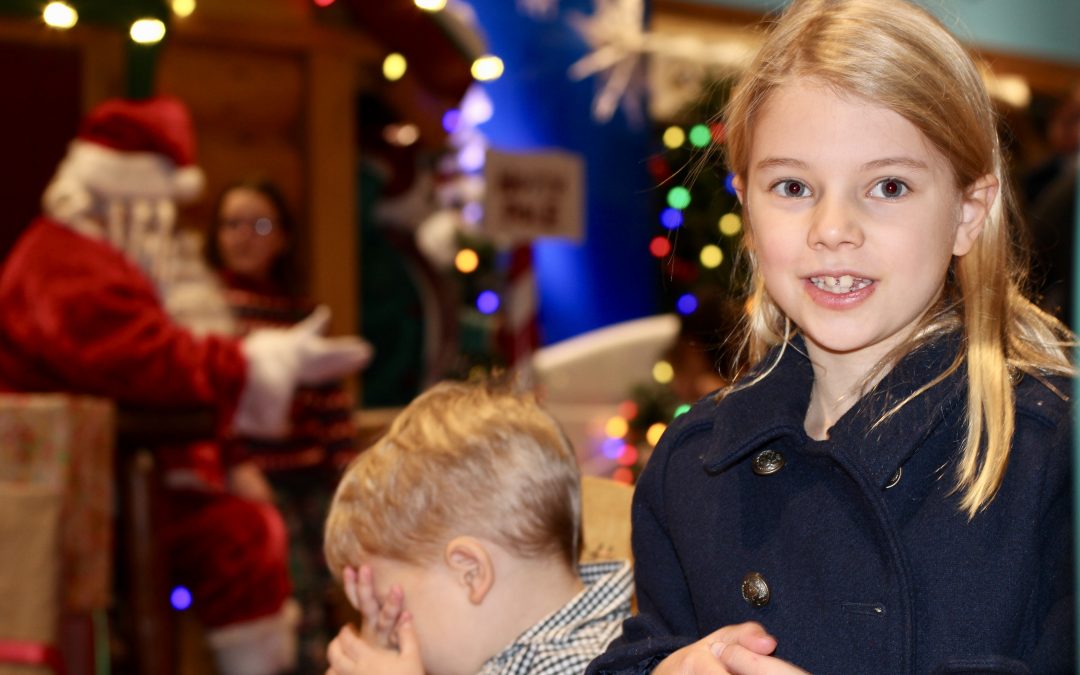 Who wants the perfect Santa photo, anyway?  Ok, so most of us, on some level, wish that our children would happily sit on St. Nick’s lap long enough to get that perfect shot, but, after several Christmases as a parent, I’ve come to appreciate Santa photos in all of their imperfect glory.

My first attempt at a Santa photo with Amelia was when she was 10 months old.  I had timed it so that there was no line, but unfortunately, Amelia was not at all interested in sitting on Santa’s knee, and was crying.  I was willing to abandon her with Santa long enough for a photo, but then Santa said, “Mom, why don’t you hold the baby and come sit on my lap?”  It was a reasonable suggestion but it still creeped me out a bit, so as soon as Amelia let out a cry, I jumped from Santa’s lap saying, “She’s still crying – it’s not working! Thank you, anyway.”  Meanwhile, the elf photographer had brilliantly captured the very moment that I escaped from Santa’s knee, and the way the photo was taken, made it appear as though Santa was grabbing my butt.  He wasn’t, but the photo really did the experience justice.  If only I could find that darn photo.

One of my favourite Santa photos is this beauty of Amelia with her best friend, Tally Rose, when they were both just shy of 3.  I will never forget the terror in Tally’s face and Amelia’s efforts to put on a brave front to comfort her friend.  We went straight from Santa to a pub down the street that day (true story).  We all needed to unwind after that!

Given the hilarity created by Santa photos gone wrong, is there any point in aiming for perfection when it comes to this annual terrifying experience?  I think not. Even still, I expect malls everywhere to bring their A-game when it comes to finding a Santa. Is it really so hard to find a reliable, roly-poly man who is also jolly and knows how to rock a beard (real or otherwise)?  As much as I enjoy a great awkward Santa photo, I prefer if the awkwardness comes from the kids rather than the Santa. Dana’s office has a tradition of forcing a young, junior accountant who lost a bet to be the Santa at the kids’ Christmas party.  This is a tradition that surely has to die.  Accountants are hardly known for their jolly personalities, and young, childless ones who lost a bet have no business impersonating the fat man – trust me (or just check out the photos below).

Some years, the kids refuse to sit on Santa’s knee at all.  This year, I took them to see Santa and the lineup was so long that I just took a photo with Santa in the background.  The teenager dressed as an elf looked at me with admiration and said, “Smarter, not harder, right?”  Right.  Truthfully, I will be glad if the day ever comes when both of my kids sit with Santa without crying, and without the need for me to be in the photo at all.  Until that day comes, however, I will continue my losing-streak for Parent of the Year by taking delight in watching my kids suffer through yet another Santa visit.