The Great Divide Between Friendly & Friendship 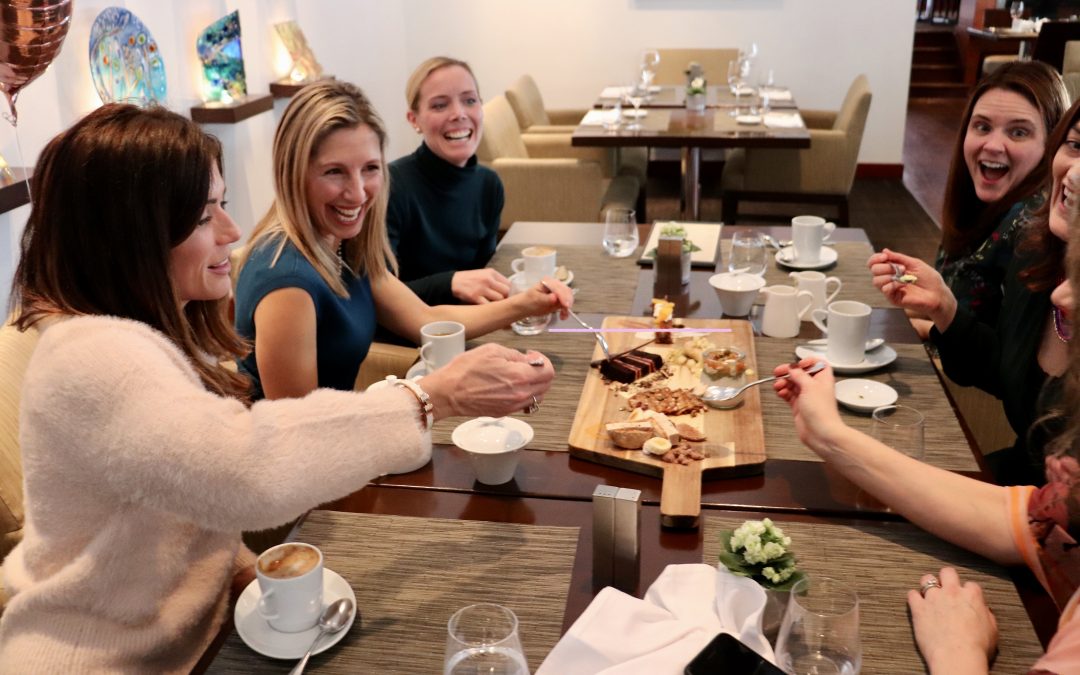 See that photo below? That’s me, Sarah Lawson (now Sarah Birch), listed as “friendliest” in the yearbook superlatives. Friendliness is easy for an extrovert like me. My best friend likes to recount the tale about the time I had such a great conversation with the person bagging our groceries that we exchanged numbers. The problem is, I’m not as good at friendship as I am at being friendly. Friendship takes time and effort, whereas friendliness can happen in an instant. I never did meet up with that friendly grocery store employee.

Canadian Friendliness: Good for Your Health

Webster’s Dictionary defines the word “friendly” as “showing kindly interest and goodwill.” On the international scene, Canadians have a great reputation for being friendly people. Maritimers are singled out in this already-friendly culture as being extra friendly. This is a reputation that I believe is well-deserved. Certainly, compared to other parts of the world, Maritimers are quick to give you a smile and a wave. If you have time – and sometimes even if you don’t –  Maritimers love to get into a chat about the weather, who your father is, what you did on the weekend, etc. We practically fall over each other to hold the door open for anyone in need. Certainly, this is the very definition of showing kindly interest and goodwill.

Being friendly should in no way be discounted. Offering someone a warm smile can often be enough to brighten a person’s day. According to Psychology Today, smiling at someone creates “a symbiotic relationship that allows both of you to release feel-good chemicals in your brain, activate reward centers, make you both more attractive, and increase the chances of you both living longer, healthier lives.” Those are a lot of great benefits from just being friendly. As Maritimers, we are definitely doing something right.

But let’s not stop there. Let’s offer our friendship to someone who needs it.

Just after high school, I moved to Switzerland. Despite the fact that I had a wonderful year, I spent the first two weeks of my stay convinced that I would never make any friends. Swiss people are not friendly in the way that Canadians are. They are polite but reserved and somewhat tentative. Their lack of exuberance towards me made me think they didn’t like me. The second week of school, we had to do a project with a partner and a girl named Martina offered to be my partner. At the time, I assumed she was taking pity on me. As it turns out, she sincerely liked me. In fact, fast forward 22 years and Martina remains a wonderful friend.

Martina was undoubtedly my closest friend in Switzerland, but she was not the only Swiss person to offer me true friendship. While the Swiss were initially slow to warm, they were loyal, steadfast friends who could be counted on. They welcomed me into their established friend groups with open arms. Even after I moved back to Canada, many of them took the time to write me postcards from their vacations or send me letters in the mail. The Swiss might not win the title of “Friendliest” in the world’s superlatives, but they’ve got friendship figured out.

As Martimers, we haven’t always needed to hone that skill of friendship. Many of us were raised here, by parents and grandparents who were also raised here. We were introduced to friends when we were children and, because we never moved, we weren’t in the market for new ones. We settled quite comfortably into our groups of tight-knit friends without stepping outside of our comfort zone. Knowing this from my New Brunswick upbringing, I wasn’t sure how things would play out for me when I moved to Halifax after 11 years in Alberta. Lucky for me, my fellow Maritimers surprised me.

There are definitely some longstanding groups of friends in the Maritimes that are very hard to penetrate. Even when people have the best of intentions, it’s hard to catch up on years’ worth of inside jokes, and it can leave a newcomer left feeling like an outsider. Then there are the groups of “mean girls” who never moved beyond their juvenile ways – but those aren’t the friends I want, anyway. The friends I want are the ones I found: open and inviting, happy to offer you friendship.

Last month, both of my kids and my husband came down with pneumonia. It was terrible. I was exhausted (as it turns out, I had mono but that’s another story). The point is, the friends I had made only two years ago proved their friendship to me during that time. I had an outpouring of kind offers from friends who wanted to help in any way they could. These were not acts of friendliness, but rather, of friendship. I have never felt more at home in Halifax than I did when I was down and out and realized that I had lifelines.

If you’re reading this and realizing that your friend group has remained unchanged since kindergarten, I challenge you to look around your workplace or neighbourhood for someone who might need a friend. Lord knows I’m thankful for the people who took me in. If you are one of those Maritimers who have reached out and made friends with someone who needs one, I salute you and I thank you!