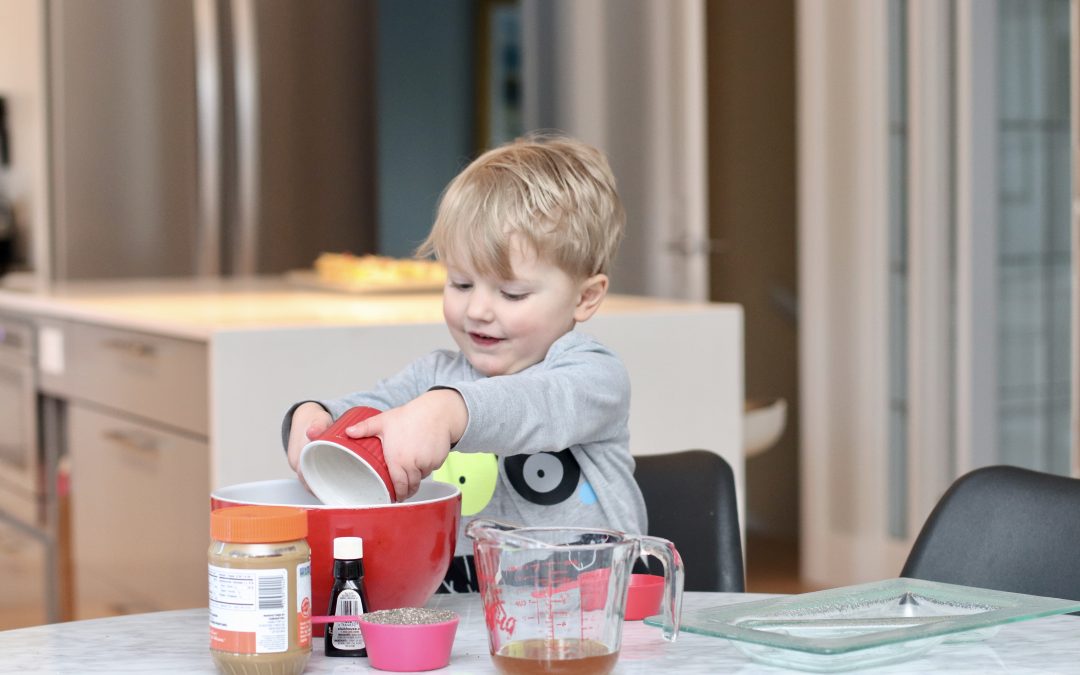 I bet nobody has ever told you that I’m a great chef…and with good reason! I’m just ok. My family gets home cooked meals at least five days a week, but it’s often not me who cooks them (that’s a story for another time). That said, I was highly motivated to find something my daughter would eat in her lunch, so I made a variation to a more traditional protein ball recipe. By the way, my daughter is the reason you need this “school safe” recipe, because she’s one of those unfortunate peanut allergy kids.

Having an allergy kid means I have nuanced knowledge about things you don’t care about – like the fact that Costco sells an almond butter that was not manufactured in a peanut facility. But you can’t take almond butter to school. After trying other peanut-safe products, discovering SunButter has been a game changer for us; it’s very similar in taste and texture to peanut butter, and has more protein in it than the nut butters do. To be clear, this is not a sponsored post; I just think SunButter is awesome. I make at least one batch a week of these “Fun Balls,” as my kids have named them, and I keep them in the freezer until we need them.  They’re great for lunches, or for when I’m running late (again) for who knows what.

Mix all ingredients together and roll into balls. If they’re too sticky, I sometimes roll them in some extra rolled oats. Best served frozen.

Variation: Thanks to a lack of chocolate chips in the house after Halloween, I discovered these taste quite yummy if I smash up a bunch of Smarties in lieu of the chocolate chips.  It adds colour and makes the kids feel like they are getting a treat (because they are).

PS – my blog is not a recipe site but it’s a great way to share some of my personal mom hacks, like this recipe.